I grew up on online videogames. It began with a game called Blockland, where you played as a little Lego man who could walk around and build stuff out of blocks among other little Lego men doing the same. As a default, the game contained practically no rules. For instance, I could acquire preposterously overpowered rocket launcher as a little Lego man but I was restricted in firing it at my fellow Lego people. But by using the game’s built-in modification system, players could write their own rules and restrictions, enabling them to make games within the game. Over the course of my career playing Blockland (mostly from age 11 to 14), I participated in, and even lead, a number of large scale projects. And I don’t use “career” lightly or ironically; a variety of skills were often necessary to advance in it and forums were easily accessible to Lego men in need.

In fact, the Blockland forums seemed like they were an attraction to the game all in of itself. The game’s forums were almost completely unmoderated, contained all manner of unique personalities and obnoxious antics, and were small enough for most members to know of most other members. While the projects were fun and pressure was low, conflict remained a near-constant. All things considered, it was an intense social environment. But through it all, I made more genuine friends than I can easily list— many of whom I remain in touch with to this day. For each of us, the online gaming world has played a formative role. 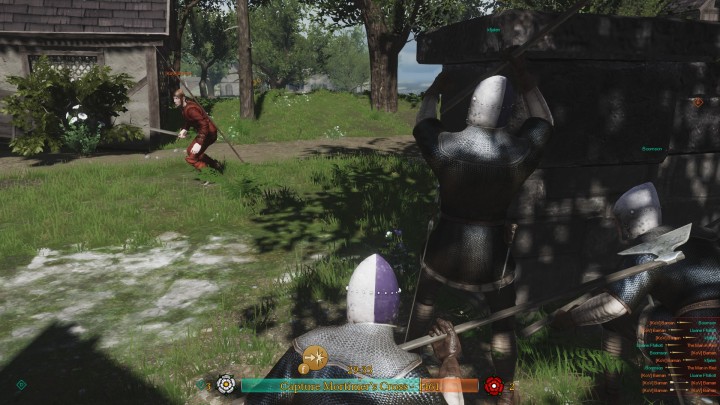 Eventually, I moved on to faster paced games with much larger communities, such as Left 4 Dead 2 and League of Legends. Both games were intensely coordination based; players live, fail, and thrive on their ability to coordinate tactical maneuvers, maintain morale, and even negotiate resource distribution. Gone, regrettably, was the same sort of creative process that characterized my time playing Blockland and the densely connected social network formed by its tight community.

Despite the transience that’s seemingly implicit to these larger games, the rate at which I made friends through them did not slow. If I enjoyed playing with somebody, I would add them to my friends list in the game and invite them to queue for future games coordinated over Skype. Since teamwork was central to gameplay, this made the games much more fun, and I rarely played without queuing up with a few people I’d friended in the past. If anything, this more amorphous social structure provided a more risk-free platform for connection–I could in a sense create my own personal forum like that of Blockland.

By the age of 16, I’d been hanging out online with people much older than myself for years. I’d bore witness to their struggles, insecurities, joys—and they to mine—even if we’d only known each other through a few gaming sessions. And why not? There was no reputation to protect, no consequence to failure, with only our disinhibited personalities and gaming skills to show each other. In my local peer groups, I’d never been exposed to this sort of radical openness—I don’t think anyone had. By comparison, I look at the sports teams I briefly took part in in high school. Posturing— something I regularly realized I wasn’t any good at and didn’t enjoy—accounted for so much of my social interaction, leaving me alienated in this corporeal world. I could only back out then, sighting greener and more pixelated pastures as my escape. 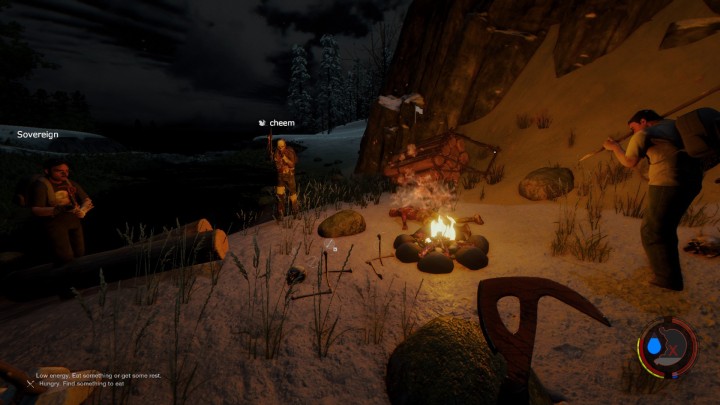 Having experienced openness, however, I was able to recognize just how easy it was to achieve, and that lesson continues to characterize some of the largest parts of my personality and identity. Instead of entering boarding school as the kid who never really learned how to make friends, I entered as the kid who could connect more deeply than he could’ve imagined. That’s never stopped benefitting me. But what if I hadn’t had this perspective? When would I have gotten it elsewhere? For many boys, whose social lives consist of transitions from one high-stakes, hierarchical male group setting to the other, I fear the answer is never.

That’s not to claim that online gaming communities turn teens into social butterflies; I always have been and likely always will be more outgoing than many of my online friends. However, I think they’ve benefited from getting a better picture of what friendships can look like, even if they aren’t overly eager to find them offline.

I wonder how similar the narrative is for what is now—according to Pew Internet Research—29% of American boys aged 13-17 (and 5% of girls) who play online games with friends on a daily basis as I did, or the additional 28% of boys who play online with friends on a weekly basis. I can’t speak to the degree to which their social needs account for their gaming time. In fact, I’d be hard pressed to generate such a proportion even for myself. What I can tell you is that for 78% of teens playing online, online games can be a way to feel more connected with their friends, and that 54% of teens playing online games are doing so with people they only know online. In fact, teens who don’t have online friends are in the minority— and it’s the frequent online gamers who have the most.

We might also be able to make some inferences about why players play games by looking at what games they’re playing. Conspicuously, the most popular games are also some of the most intensely social. As with the games I enjoyed as a teenager, they typically pit two teams of five players against each other for thirty-minute matches, where success is heavily reliant on both individual skill and teamwork. Despite the characterization of videogames as escapist power fantasies, most of these games do not even have persistent player characters or avatars. That is to say, in the game world, you are not a famous hero— you are simply you, a member of a team as well as a member of a community.

By now, I have spent thousands of hours playing or otherwise engaging in videogames. I’m really not sure what I missed out on during that time. A prolific reading career? A deeper connection to nature? Musical aptitude? True loneliness? Resentment towards my community for failing to engage me? Drugs and alcohol? Nothing in particular? But I do know what I’ve gained in “missing out”–perspective and confidence.

Hey pussy bimbo queens 😝😼😍, I’m off my meds and wanted to remind you to cum to our first kitsch meating!! Hot girls are illiterate
kitschies and interested parties!!! hope everyone is having a safe semester so far!! we are so happy to be back. our FIRST MEETING 🪱🐝🐞 is coming up so save the date 🌜☀️🌛new folks, if you haven’t checked out our previous publications head to kitsch-cornell.com. if you are interested in BEING AN EDITOR✨✨ applications are open til 9/17 ❤️‍🔥❤️‍🔥❤️‍🔥 be well 🍄🍄🍄
come find us at club fest!!!
now accepting new ~kitsch editor applications~ for fall 2022!!! ✨🌝⭐️
it’s that time of the semester ~ LAUNCH ~
OPEN CALL FOR ARTISTS AND CREATIVES