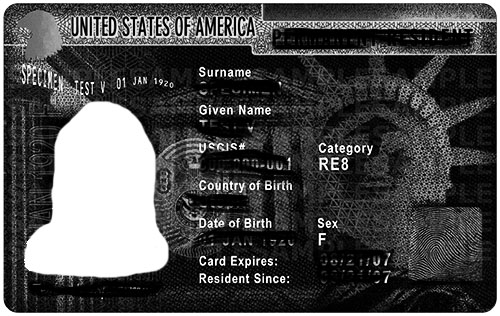 “If they do decide to take me in [to custody] and send me back, they might as well just send my dead body back, because it’s about the same thing.”

That is what refugee Jahed Ahmed told The Nation from his cell at an El Paso Detention Center. The 27-year-old is one of the 159 Bengali refugees who have fled political crisis and are currently facing immediate deportation. He is one of the latest victims of the transnational migration crisis stemming from political unrest in Bangladesh. After his father’s business was burnt down and he received multiple death threats, Jahed Ahmed decided to make the long trek to America. His fears are not unfounded. According to Odhikar, a Bangladeshi human-rights group, between January to June 2015, 148 people were killed and 4,103 injured due to political violence including enforced disappearance, torture, and extrajudicial killings.

The path to get to America, however, is also incredibly dangerous. In the past, refugees would come to the U.S. and stay well after their passport expired. With stricter immigration laws under Obama’s administration, these immigrants have had to become more creative and take greater risks. As Vice reported, there has been a steady uptick of political refugees taking plane rides to South American countries, then making the long trek to Mexico, and the even more dangerous trip across the border. What was initially just a 24 flight has expanded into a three-to-six-month ordeal. There are now large criminal networks of smugglers who deal in human lives and are notorious for abandoning their clients in foreign countries. Equally notorious is the handsome fee that many political refugees have to pay in order to get here, a sum that leaves most without any additional funds.

Provided that they can get past border security, refugees face a hostile new home. As the organization South Asian Americans Leading Together (SAALT) chronicled, there is an increase in hate crimes against South Asians fueled by recent Islamophobic hate speech by politicians. As such, refugees lead lives of extreme fear and worry, unable to pursue stable jobs, education, or any form of sustainable living. In the words of the Zadie Smith, “It makes an immigrant laugh to hear the fears of the nationalist, scared of infection, penetration, miscegenation, when this is small fry, peanuts, compared to what the immigrant fears—dissolution, disappearance.” Because of this fear, these undocumented refugees are oftentimes too afraid to pursue any kind of help for their situation.

Even for refugees who manage to find jobs, life is difficult. My uncle was a refugee from Bangladesh who came here a few years before my own family. He lived in a single bedroom in a housing project in Brooklyn with eight other men. They shared a single mattress in an airtight, windowless room. His face was pockmarked with rat bites, and his clothes smelly from his diet of fast food and cigarettes. He would not talk to anyone for fear of being found out. He spent his days as a taxi driver, paid under the radar, and used his meager earnings as a way of supporting his family at home. Over the years, he became depressed, frustrated with an inability to interact with any community. Though he had developed several health problems, he was unable to seek treatment due to his legal status. Last year, he passed away from a heart attack.

Yet these South Asian refugees are hardly what you picture when you think of the phrase “undocumented worker.” Contrary to popular media conceptions, Asians now outpace Mexicans in terms of undocumented growth. In fact, there are well over a million undocumented South Asian immigrants in New York City alone. Given the large number of such immigrants, it is surprising then to see little to no representation of them in popular media. Instead, South Asians have been dubiously brushed over with the “model minority” myth, which holds that all Asian Americans are successful. Part of what makes it so difficult for South Asian refugees to gain political mobility is simply the lack of awareness of their plights. Under the model minority myth and popular media, their voices are silenced, their narratives invisible. One of the most prominent difficulties in this community is gaining citizenship.

The very first South Asian to apply for citizenship, according to South Asian American Digital Archive, was Bhagat Singh Thind in 1923. After serving in the U.S. military, Singh applied for citizenship. However, the U.S. Supreme Court ruled that due to his non-white appearance, Singh could not be an American citizen. With this precedent begins the long, disappointing history of the American immigration system. During the prime of globalization, the 1965 Immigration Act established fixed quotas of immigrants who could come to America. More recently, the Hart Cellar Act replaced the national origins quota with a skills-based and family-reunification preference system that allowed for a steady stream of Asian immigrants. What faces them now is a laughable system, one that is arduously long, taxing, random, and ultimately very broken.

The dream of a large number of very smart, highly qualified South Asians is to receive the H1B visa, which grants a long term working visa to qualified individuals and can lead to citizenship. However, even for these qualified individuals, the process is very random. I remember standing in the immigration line to come to America when my mother was suddenly told to go to another line. There was never an explanation given. As an immigrant in America, I quickly learned that explanations from the Immigration Center are seldom given. Instead, there are large amounts of paperwork, demanding fees, and large amounts of time spent in white institutional buildings, endlessly having fingerprints taken. Of course, this is only for those who can afford to take time off from work, pay fees, read English, and send forms.

For many working class families, like that of my aunt who lives in a housing project in Brooklyn, such a process is simply not doable. For months at a time, her family might become “illegal” simply because their visas have expired and they cannot afford to skip work to make a trip to the Bengali consulate. They work tirelessly at an ethnic deli and plan to send their kids to the best schools. While many of these working class visas are temporary, a large number of immigrants stay well after the visa expires because they want to achieve the American Dream for their children. Recent policy changes, such as Obama’s Deferred Action for Childhood Arrivals, do help undocumented children and adolescents become citizens. However, as NBC Asian America reports, South Asians have the lowest rates of reaching out for these resources. One reason is that refugees have to stay in the United States for five years in order to be eligible for such resources and are often deported by then. Most of the deportees, like Ahmed, are caught at the border.

Fueled by a fear of returning to his home country, Jahed Ahmed banded together with 54 other detainees and started a hunger strike this past October. Among their list of complaints were allegations of discrimination, unsanitary living conditions, extended solitary confinement, interviews without translators, and lack of access to legal resources to properly defend their cases. For example, Ahmed was only given 30 seconds to answer the judge’s questions and was unable to afford any lawyers. His interpreter did not speak Bangla. According to NBC Asian America, these detainees were put in solitary confinement for over 15 days at a time—a period that can have severe psychological effects. The strikes gained popularity as more and more detainees started joining in and two national movements, #FreedomGiving and #Not1More, emerged, aided by advocacy organizations such as Desis Rising Up and Moving (DRUM).

The most recent movement, #Deported2Death, draws attention to the fact that in direct violation of international law, the names and personal information of the detainees were leaked to the Bengali press, which significantly increased the chances of punishments for them upon their return. This caused outrage amongst the detainees, who said, “When we came here, one of the expectations that we had was that if we file asylum that our information will be protected.” Another deportee, Manik, broke down into tears saying, “Most are terrified and crying about what will happen to them if they are sent back.”

While the amount of political refugees from Bangladesh has doubled to 580 between 2013 and 2014, the number of granted claims has actually decreased from 63 to a mere 52. Thirty-five were denied and the rest are currently detained. That’s an acceptance rate of 10 percent. What waits for the remaining 528 refugees when they are inevitably deported is the imminent danger of imprisonment, disappearance, and death. Many of these deportees are Muslim. According to DRUM, the Obama administration has been notorious for racially profiling and actively discriminating against Muslim refugees by holding them for indefinite and extended periods of time, setting unusually high bonds, and deporting en masse. One of the reasonings behind this is that BNP, Ahmed’s political affiliate, is currently classified as a Tier III terrorist organization. Yet, as the National Lawyers Guild has repeatedly stated, BNP is not a terrorist organization, and such a classification prevents the valid claims of many Bangladeshi residents from being properly heard. In fact, the Immigration and Refugee Board of Canada has demonstrated that many of such refugees are victims of a savage political system that oftentimes acts on personal vendettas.

In addition, the U.S. government does have a non-refoulement policy which states that refugees may stay in the U.S. if they can prove that they face imminent danger when they head back home. But somehow, serious harm to 4,103 Bengali citizens does not count as evidence of harm, nor do direct threats to Ahmed’s family on public media. Fahd Ahmed, director of DRUM, notes, “It is alarming that the State Department is getting involved in matters of immigration, detention, and deportation, and so recklessly jeopardizing the lives of asylum-seeking migrants who are escaping repressive and dangerous conditions.”

What is unfortunate is that in the grand scheme of things, indifference and silence to non-white refugees is a very common occurrence. No major news station reported on the El Paso hunger strike because it is a quotidian story. Brown, black, and yellow bodies have always been treated as lesser. When white bodies migrate, it is crowned as a day of celebration (Columbus Day), or simply called “tourism.” When non-white bodies migrate, it is called a crisis for the country they are entering that has to be dealt with harshly. So what if another group of refugees gets thrown back to their home countries, into the arms of death?

And what kind of future do these refugees have in America anyway? They are isolated, deprived of legal rights, education, and health care, not to mention political mobility. They are treated as less than human beings, beaten physically, psychologically, and emotionally. As DRUM reports, Jahed Ahmed and 84 of the other Bengali refugees were beaten, given horse tranquilizers, and returned home in body bags. The fate of the remaining hunger strikers will probably be the same. More will come, more will be deported to die, and we will just sit blindly on our throne of freedom, built on the backs of the same non-white bodies. No wonder it’s easier to keep people invisible.